Simulation technology is one of our most prominent areas of expertise, emergency management support and other activities regarding these areas.  We offer various types of simulation for better managing of emergency and other situations. There is much long-year experience employed when supporting CAX-type military exercise, including newest knowledge and technologies in process, but also new digital terrain preparation and expanding simulations systems capabilities.

Developing application equipment is integral part of our portfolio. Our company focuses itself at expanding functionality of constructive simulation system. There is separate simulation system to process incidents handled by emergency management.

Each area includes a newly created entities and tasks to simulate activities and events related to crisis management.

The crowd behaviour allows you to simulate:

Chemical contamination allows you to simulate:

Radioactive radiation allows you to simulate:

Flooding allows you to simulate:

Traffic accident and treatment of injured allows you to simulate:

The system offers the possibility of simulation to providing medical aid, according to the nature of an existing injury. It is possible to set up type of injuries, such as fracture, burn injury, incised wound and more.

Crowd Behaviour Module is a module for constructive simulation, which supports the simulation of crowd behaviour. It extends the functionality of a common simulation environment VR-Forces 4.3 in modelling and simulation issues for crisis management features with a focus on the behaviour of individuals as well as behaviour of crowd in the built up area.

Simulation environment provides a complex and realistic view of the simulated situation in a real time with plenty of simulated objects and phenomena. Aggregation of individuals into more complex entities is also part of the crowd behaviour module. It is easy to switch between viewing modes or to open a secondary window and use a different regimes in each of them. In any view, you can quickly navigate through the terrain.

Simulation tool allows you to create, run and distribute a variety of simulation scenarios. It is possible to create both 2D and 3D view within the simulation environment. You can track the progress of the simulation from the perspective of a simulated entity by using 3D view or you can choose an independent point of view.

The Crowd Behaviour Module is structured into the following tasks:

Building Evacuation
Building Evacuation Module allows to automatically generate/create large number of simulated entities within the selected building.It simulates mass evacuation of a building. By using various obstacles inside of the building you can verify the possibility of evacuation routes and time schedules.

Movement to the certain point or checkpoint tasks are assigned for individuals and groups, where user selects the certain location from the map or the point, where he wants to move the entity. Task accepts different types of soil and sidewalk preference. Movement along the specified route task is assigned to entities, where user needs to choose a route that should be used by entities.

The Control Tower Simulator is the simulation system used for airport operations simulation.

Includes a large number of simulated entities and objects, such as:

Accidental collisions of aircrafts and birds

For realistic representation of the overall situation at the airport and air traffic, there is possibility to simulate accidental collisions with birds and other animals including simulation of reactions of birds to countermeasures.

In addition to the activities related to standard air traffic simulation it is possible to simulate other situations:

To simulate the spreading and extinguishing of fire it is necessary to have a terrain with separate layer for fuel model and appropriate tasks:

Refilling time from natural source or firefighting unit depends on the flow rate of the pipe and on the pressure of pump.

Evaluation module for calculating the impact of fire on the simulated entities:

Evaluation module is part of the Fire spreading task.The impact of fire on entity depends on the entity type and its distance from fire. All affected lifeform entities are damaged. Firefighters and some vehicles are not damaged by fire, if they are moving or they are flying in the air at a certain height. 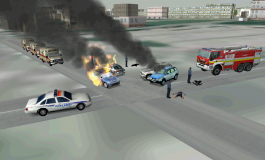 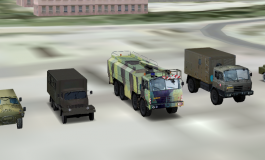 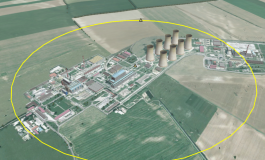 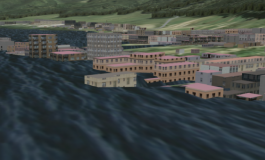 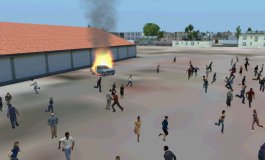 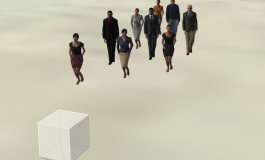 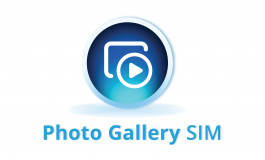