Chief Communications Officer of LYNX - Mr. Martin Kollár took part in the exceptional IT Valley lunch in Košice, in which participated the Prime Minister of the Slovak Republic Igor Matovič. The invitation to Košice was also accepted by Veronika Remišová - Deputy Prime Minister and Minister of Investment, Regional Development and Informatization, and Marek Antal - State Secretary, responsible for the digital agenda and informatization. 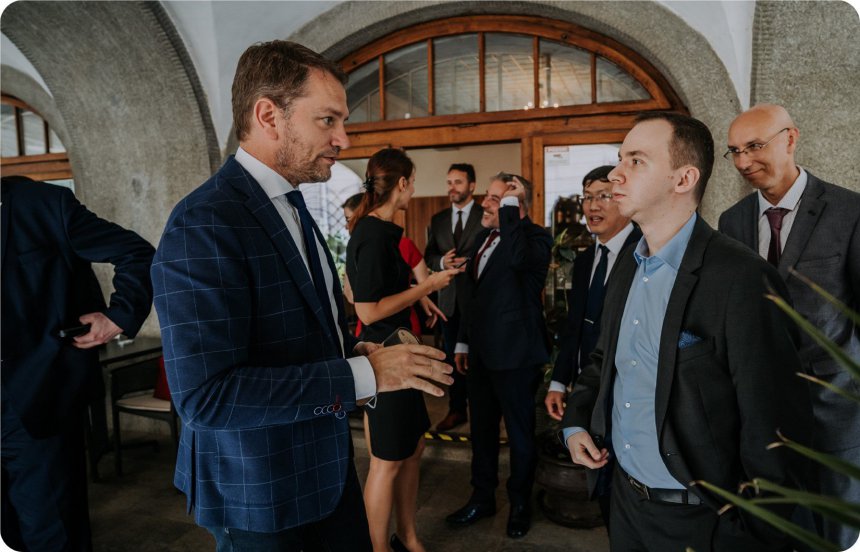 The Minister and the Prime Minister met with representatives of the Košice IT Valley cluster, which has been operating in Košice for more than 13 years. Officials of government praised the work of the IT Valley association, saying that the East Slovak metropolis has great human potential. „The mission for us is to have the Slovak Silicon Valley here,” said Minister Remišová.

Secretary of State Antal said of IT Valley: „A number of successful companies and educated professionals who work in an international environment have emerged here. We believe that they will also want to help themselves improve the systems and that they do not like how they work now.”

Government officials came to Košice with an offer to establish a state software house. The government wants to create a company that will work for the needs of the state with the aim of fundamentally improving informatization in Slovakia. The company will focus on information technology and IT project solutions.

„The government has promised to fight for every single job. And that's why we're thinking of a solution that would be to create a large state-owned IT company that would allow us to make functional, modern systems for people at a real, not overpriced price,” said Minister Remišová.

The result of the discussion with the representatives of the state is the fact that the innovative and technological potential of Eastern Part of Slovakia should be better used by the state.